FMCC Board of Directors

Bill Murdoch is the FMCC Chair. Bill is the IT Manager for Clear Sky Connections based in Winnipeg, Manitoba.

Tim Whiteduck is the FMCC Vice-Chair. Tim is the Director of Technology for the First Nations Education Council (FNEC) based in Wendake First Nation, Quebec. FNEC represents and serves 22 First Nations communities in Quebec, The First Nations Education Council. FNEC aims to achieve full jurisdiction over education while “respecting our unique cultural identities and common beliefs, and promoting our languages, values and traditions.” A core element of this vision is to use technology effectively to support the autonomy and democratic development of First Nations communities. Tim and his team have been working with the First Nations, developing strategic partnerships to design and install community broadband infrastructure, deliver online and IT training programs, and support the delivery and engagement of broadband-enabled community services including education, health and many others.

Dr. Rob McMahon is the FMCC Coordinator and Secretary. He is an Associate Professor in the Media & Technology Studies Unit and the Department of Political Science at the University of Alberta. His work focuses on the appropriation of broadband and internet technologies by First Nations and Inuit communities. Rob’s award-winning research highlights the many innovations taking place at the so-called ‘peripheries’ of the emerging network society. Rob has published several journal articles and book chapters, including collaborations with First Nations and Inuit community researchers. He also has experience in regulatory and policy interventions. Rob has a PhD (Communications) from Simon Fraser University. 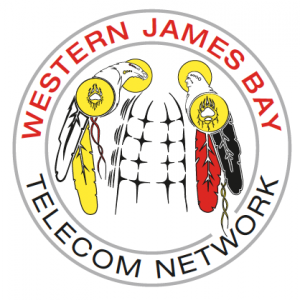 Denise Williams is the Executive Director of the First Nations Technology Council in BC. Denise is Coast Salish from Cowichan Tribes on Vancouver Island. She is an advocate for social justice and has spent her career seeking out opportunities to play a role in the advancement of Indigenous sovereignty and social change. For the past ten years Denise has worked under the mandate of First Nations communities to address specific capacity building efforts in education and technology. She has worked to gain experience at the federal, provincial and local levels and has enjoyed using a genuine approach to collaboration and partnership development to build strong networks across organizations. 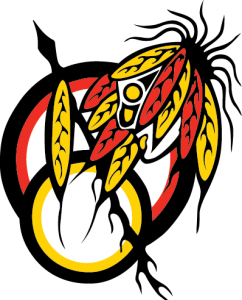 Dr. Susan O’Donnell, the former FMCC Vice-Chair, has been a Researcher and Adjunct Professor in the UNB Department of Sociology since 2004. She has been researching the social, community and political aspects of digital technologies and communications since 1995. Her work with First Nation partners and rural and remote First Nation communities in Canada began in 2005. She is the lead investigator of the First Nations Innovation project and co-investigator on the First Mile project. Susan has conducted research in Canada (with the University of New Brunswick and the National Research Council), Ireland (with Dublin City University, Itech Research and the Irish Information Society Commission), and for the European Commission. This work has included studies and evaluations of ICT and marginalized communities in Canada, Ireland, Britain, Finland, Italy, Germany and Denmark. Prior to her research career, Susan was a senior editorial consultant in Ottawa specializing in Aboriginal issues, including work with the Royal Commission on Aboriginal Peoples and Assembly of First Nations. She has a PhD (Communications) from Dublin City University, an MA from Cardiff University and a BA from the University of Ottawa.

Brian Beaton is the former FMCC Treasurer and a Doctoral Candidate in the UNB Faculty of Education. Brian has been developing and working on innovative ICT projects with First Nations since 1983. His work began with developing and delivering IT training projects in Northern Ontario. In 1987 this work expanded to developing and supporting the delivery of distance education programs with remote First Nations. In 1994 he became the Coordinator of KO-KNET with the Keewaytinook Okimakanak (Northern Chiefs) Tribal Council based in Sioux Lookout, Ontario. Working with his team and collaborating First Nations, he supported the development of local First Nation broadband infrastructure in many First Nations, regional backbone networks, a First Nations social media service and email service, the Northern Indigenous Community Satellite Network and the innovative Keewaytinook Mobile cellular service. KO-KNET supports the Keewaytinook Internet High School (KiHS) and KO Telemedicine (KOTM). Since 2004, Brian has also been a partner on several national research initiatives, including the First Nations Innovation and First Mile projects. Brian has a BMath (Mathematics / Computer Science) from the University of Waterloo and an M.Ed. (Critical Studies) from the University of New Brunswick.

Dr. Heather E. Hudson is Professor of Communication Policy at the Institute of Social and Economic Research (ISER), University of Alaska Anchorage.  She is a dual Canadian and U.S. citizen. Her research focuses on applications of information and communication technologies for socio-economic development, regulatory issues, and policies and strategies to extend affordable access to new technologies and services, particularly in rural and developing regions. She has planned and evaluated communication projects in the Canadian North and Alaska, the Asia-Pacific, and in more than 50 developing countries and emerging economies.  She is the author of several books and numerous articles, and has testified on communications policy issues before the CRTC, the FCC, and the U.S. Congress. She has consulted for international organizations, government agencies, and consumer and indigenous organizations and the private sector. She received an Honours BA from the University of British Columbia, MA and PhD in Communication Research from Stanford University, and JD from the University of Texas at Austin.

Fenwick McKelvey is an Assistant Professor at the Department of Communication Studies at Concordia University. He studies algorithmic media — the intensification of software within communication infrastructure.  Dr. McKelvey has been a researcher with the VideoCom (now First Nations Innovation) project partnering with First Nations to explore the role of videoconferencing in community development.