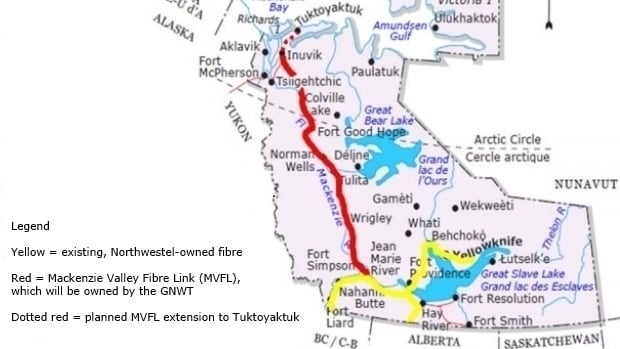 A nearly 1,200-kilometre fibre optic line stretching across the Northwest Territories is set to come online, making everything from video streaming to data collection easier in the Mackenzie Valley.

Territorial and community leaders are in Inuvik, N.W.T., this weekend to celebrate the Mackenzie Valley Fibre Link becoming operational.

The $82-million fibre optic line has been undergoing performance testing since construction officially wrapped up in late March.”We’re very happy because it gives us a more secure communication line and much bigger potential for future endeavours,” said Grant Hood, senior administrative officer with the Town of Inuvik.

“I think in the long run, it’s going to be one of those ‘if you build it they will come’ for certain things that will expand our opportunities.”

Tsiigehtchic, Aklavik and Fort McPherson are not, but there’s hope those communities will connect to a proposed fibre line up the Dempster Highway in Yukon. 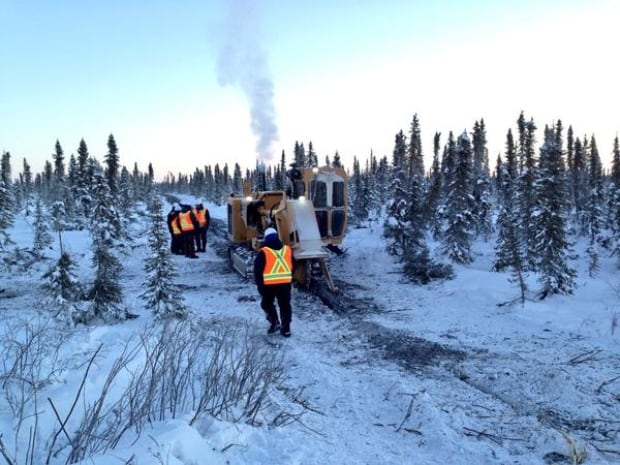 Equipment lays the fibre optic link through the Mackenzie Valley in the Northwest Territories. (David Thurton/CBC)

Fibre lines are much more reliable than microwave relay towers — the current option — because they have more carrying capacity for telecommunications and internet services.

Internet speeds tripled in some communities when the southern part of the fibre optic line came online last December.

The N.W.T. government says the project will provide state-of-the-art telecommunications for communities in the Mackenzie Valley and Beaufort Delta to help them “modernize their economies.”

“They are absolutely ecstatic that the line’s now been completed,” Hood said. “It will allow them to do a lot of real-time data acquisition from the satellites.”

With offices in four N.W.T. communities, the Gwich’in Tribal Council relies on digital archiving and web-based exhibits to preserve traditional languages and culture.. 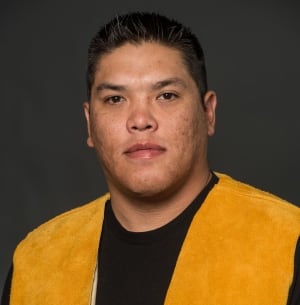 “We live in a new world and our young people are so used to using iPads and computers and this only brings more opportunities for them to be able to learn,” he said.

“Better connectivity and bandwidth not only helps us with being able to upload information — it also allows us to create new opportunities that are possibly out there.

“It’s an opportunity for us to better utilize technology.”

But a communications professor at the University of Alberta warns there may be some side effects to faster internet.

“I think there’s a lot of challenges,” said Rob McMahon, an assistant professor with the school’s faculty of extension. “You hear about cyberbullying or inappropriate content.

Those challenges are balanced out by a number of opportunities, however.

McMahon says innovation can happen anywhere, which is why he’ll be looking to see if communities create their own internet service providers or community networks.

McMahon will host a digital literacy workshop at the Gwich’in Tribal Council’s office in Inuvik on Monday.

Meanwhile, Sunday’s ceremony marking the completion of the Mackenzie Valley Fibre Line will take place at the Aurora Research Institute starting at 4 p.m.