A First Nations company is working to bring high-speed internet to Manitoba’s most remote communities.

Unreliable, constantly buffering and just plain slow: these are some of the words used to describe internet connections in northern Manitoba.

But a collectively owned First Nations group is hoping to change that in the near future by bringing high-speed fibre optic connections to northern communities — which would be good news for people like Dallas Dettanikkeaze.

“Most people I know, when they want to watch movies or stream over the internet, they’ve got to download it in the middle of the night, like two or three in the morning, and then watch it the next day,” said Dettanikkeaze.

The 18-year-old lives on the Northlands Denesuline First Nation, also known as Lac Brochet, a fly-in First Nation in the northwest corner of Manitoba.

Besides doing research for school projects, he uses the internet to watch concert videos and movies and to play video games.

“There is this one satellite by the school. When that is down, everything is down,” he said.

Northlands is one of 23 First Nations in Manitoba that is not accessible by road. However, it is connected by an ice road for a few months in the winter.

Like all-season roads, high-speed internet has yet to make it into those communities. But a First Nations group is working to connect them to the digital world.

The Manitoba First Nations Technology Council plans on laying 3,600 kilometres of fibre optic cable. Its network is called Clear Sky Connections, a name given in a ceremony by Manitoba elders. 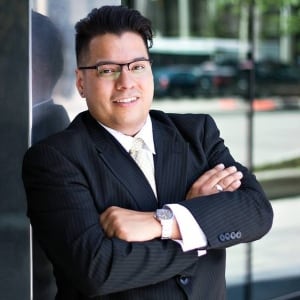 “It is collectively owned by Manitoba First Nations,” said project manager Jonathan Fleury. “Nowhere else in Canada is there a network that is owned and operated by First Nations.”

The project is still in the design and planning stage, but Fleury said it is getting closer to laying cable. Before that can happen, though, the group is hoping its funding proposal to the federal government will be approved.

Under its Connect to Innovate program, the feds will give out $500 million in funding by 2021. The money is specifically for projects like Clear Sky Connections, which help bring high-speed internet to rural and remote communities.

“This network is going to improve the quality of life for our people,” said Fleury. “We know our people, we know our communities, we know their need that we are able to make this project work.”

Fleury said it will give people access to new opportunities, like distance education. He said right now internet connections are too slow in many remote communities to open email attachments or send large documents.

“What’s happening is the community people, administrators or practitioners in the health field or whoever, they’re staying up or getting up at two, three in the morning just to download what we consider simple [email] in urban areas.”

He said essential services like telehealth are not being used to full capacity because of poor connections.

To fully utilize those resources, Clear Sky Connections plans on extending existing fibre optic networks already in Manitoba. Fleury said the company is in talks with other corporations and is hoping to finalize partnerships soon.

“If our funding is in place, by 2023 we could have every community connected — Shamattawa, Brochet, Lac Brochet, those communities as well.”

Fleury said once the network reaches a community, it is up to them to bring in or start up their own internet service provider.

Jillian Taylor has been working at CBC Manitoba since 2012 and has been reporting since 2007. She was born and raised in Manitoba and is a member of the Fisher River Cree Nation. In 2014, she was awarded the Commonwealth Broadcasting Association’s travel bursary, which took her to Australia to work with indigenous journalists. Find her on Twitter: @JillianLTaylor